An official website of the State of North Dakota

The State of North Dakota provides automatic translation for nd.gov websites, courtesy of Google Translate. Please remember, though, that the English language version is considered the most accurate. In the event of a disagreement or discrepancy between the translation and the original English version of this web site or any notice or disclaimer, the original version will prevail. 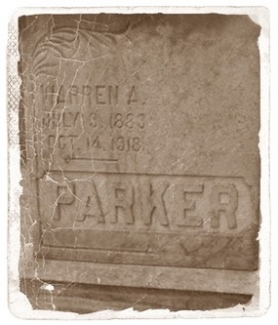 
Died while serving as a member of the Student Army Training CorpsÂ Â on the UND campus in Grand Forks during the 1918 flu pandemic. Name included on theÂ UND S.A.T.C. website

Name included on the All Veterans Memorial at State Capitol in Bismarck ND.

Information found in Volume 3, page 2483 of the Official Roster of North Dakota Soldiers, Sailors and Marines.


Registered in Eddy County. Born Sherman New York on February 9, 1889. Occupation: Gas Engineer. Inducted at New Rockford, Eddy County, North Dakota on September 7, 1918 sent to University of North Dakota. Served in Students Army Training Corps until death. Died at Grand Forks ND on October 14, 1918 along with 26 fellow soldiers during the Flu Pandemic. Was the first S.A.T.C. soldier to die during the Flu Pandemic at UND.